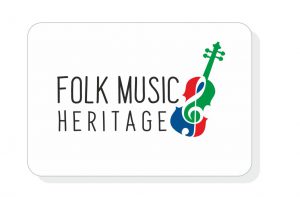 According to the ethnomusicologists, the joint folk music heritage of the Mura and Rába river’s area, folk music and folk dance are not strict traditions, but permanent processes. Nowadays, only a small part of the region’s collected music can be found and researched digitally, the bigger part – especially the previously collected ones – can be found in smaller collections or analog media, and they mostly are incomplete. In this project, we work on the authentic folk music of the program area. We make the tunes and the musical sheets digitally available, researchable and usable. Our goal is to explore the region’s centuries-old joint music roots and spread the joint folk music widely, that could help diminish the borders. In this project, the existing analog-based sound recordings (3000) and music sheets (4500) will be digitalized and researchable. We will work on a joint research protocoll, which will lead both countries to research folk music with the same method. For futher research of today’s folk music, we will collect folk music in 10 Slovenian and 10 Hungarian communities. The joint collections would be spread and taught on joint folk music conferences, presentations and workshops. The „Cultural Centres of Folk Music” in Beltinci and Lenti will let those who are interested – especially the young people – to get to know today’s folk music on events, presentations and workshops. The publicity of the project would be held by a bilingual website, publication and 2 films, and we will establish an opened cultural cooperation across the borders for the project partners, the participating music shools, ethnomusicologists, folk music performers and all others interested in folk culture.