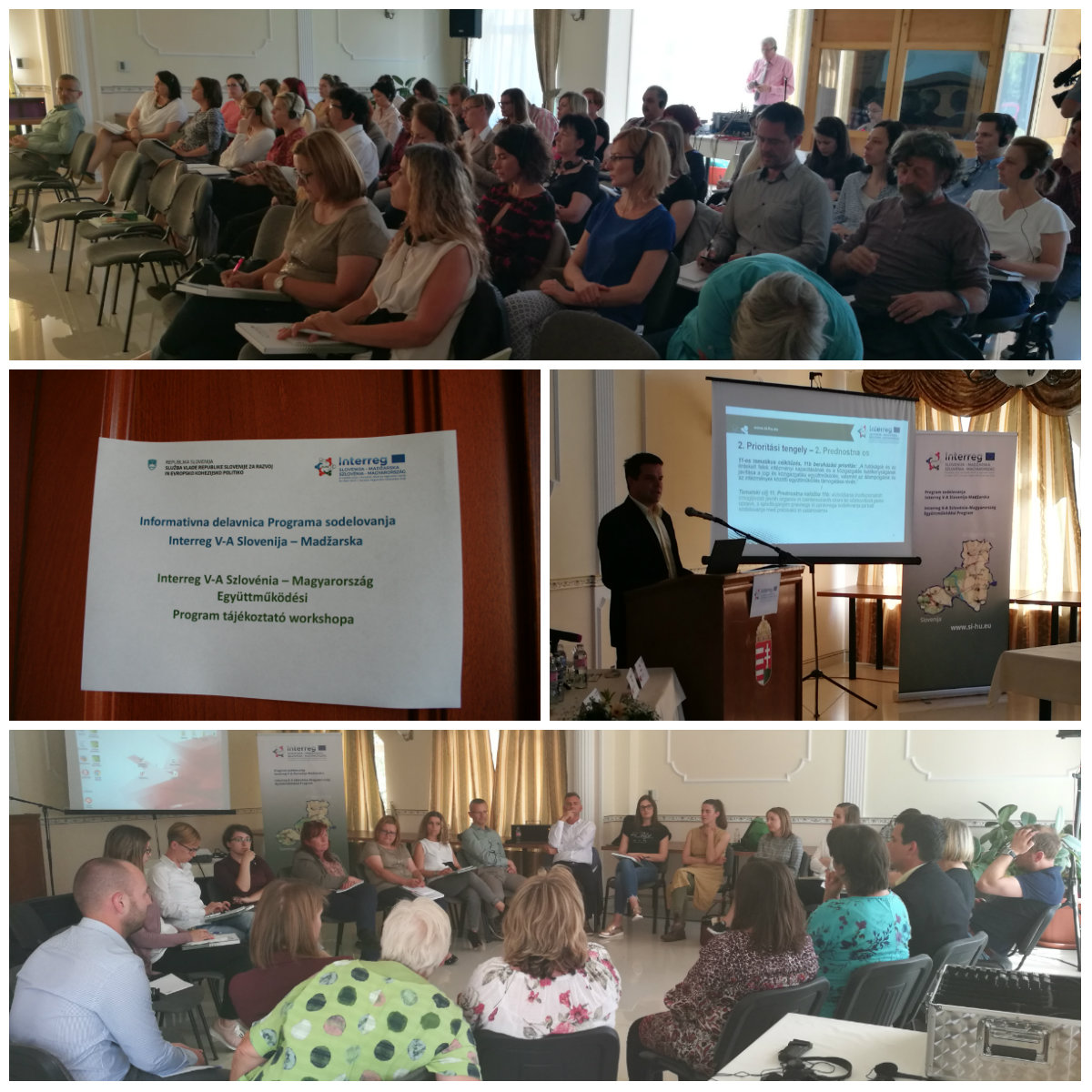 Pictures from the workshop in Gosztola (Hungary) – 8 May 2018

Within the framework of the Open Call for Proposals of the Cooperation Program Interreg V-A Slovenia-Hungary for the period 2014-2020, a workshop for reporting and for potential applicants in the frame of the 5th deadline was organized on 8 May 2018.

At the workshop held in Gosztola, Hungary the participants were presented how to prepare a quality project from the intervention logic point of view. The most common mistakes that were made in the course of preparing projects submitted in the previous rounds have also been demonstrated. The participants were acquainted with the programme rules they need to take in to consideration when carrying out the activities on information and communication. The morning session ended with the introduction of reporting procedures via the eMS system.

In the afternoon, two projects co-financed from the funds available in the 2nd priority axis were presented. Both presenters focused on how they were successful to have their projects be confirmed. There were mistakes made in the previous applications but they received professional help to correct them. As the closure of the afternoon, a round table was organized on the topic of project preparation for the 2nd priority axis and that of the most common mistakes. Beneficiaries were provided with some hints how they can develop more focused projects and better preparation. The discussions actively involved the participants of the workshop who received a lot of useful information from the Managing Authority and the Joint Secretariat.

Presentation from the workshop