The territory of the Slovenia-Hungary border region covers 10,658 km2 in total, 2/3rd of the area belongs to the Hungarian, 1/3rd to the Slovenian border region, divided by a border of 102 km in length. The programme area occupies the north-eastern part of Slovenia and south-western extremity of Hungary. Geographically the region is characterized mainly by alternating flat and hilly areas. 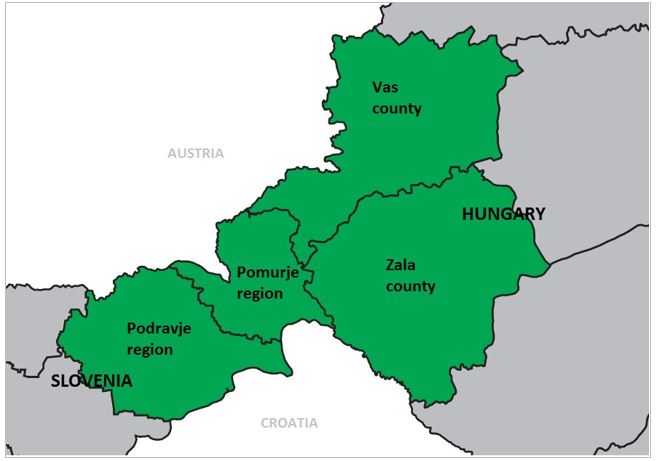 For the defined programme area the following key facts and trends characterizing are important: